This is probably the most-photographed sculpture at the Salar Jung Museum. Popularly known as the “Double Statue of Mephistopheles & Margaretta”, the sculpture is carved out of a single log of sycamore wood and has two distinct images on either side.

The life-size sculpture depicts the haughty, evil Mephistopheles back to back with the gentle, meek looking, Margaretta.

Mephistopheles is clad in a hooded cloak, heeled boots and has a long face with a cynical smile (that will remind you of Voldemort) all things Evil; Margaretta on the other side has a prayer book in one hand, looks down and lost in love. The sculpture is a representation of two characters, from the famous German drama “Faust” (by Goethe).

The story behind this double-sculpture at Salarjung Museum: a blend of Good and Evil

The story of Dr. Faustus begins in Heaven where Mephistopheles makes a bet with God. He says that he can lure God’s favourite human being (Faust), who is striving to learn everything that can be known. The Lord permits Mephistopheles to tempt Faust and thus begins the tragic drama. Mephistopheles comes down to earth in the form of a travelling scholar, befriends Faust and by clever arguments excites his interest in sensual pleasures. Faust makes an arrangement with the devil: the devil will do everything that Faust wants while he is here on Earth, and in exchange Faust will serve the devil in Hell. Faust signs the contract with a drop of his own blood before setting out on a series of excursions with Mephistopheles.

With influence from the devil, Faust meets and seduces Gretchen (Margaretta). Gretchen’s mother dies from a sleeping potion, administered by Gretchen (under influence) to obtain privacy so that Faust could visit her. Soon, Gretchen discovers she is pregnant. Her brother condemns Faust, challenges him and falls dead at the hands of Faust and Mephistopheles. Gretchen drowns her illegitimate child and is convicted of the murder (filicide). Faust tries to save Gretchen from death by attempting to free her from prison. Finding that she refuses to escape, Faust and the Devil flee the dungeon, while voices from Heaven announce that Gretchen shall be saved.

Here’s a quote from “Faust” that describes the blend of the Good & Evil in the sculpture perfectly :

«… who are you, then?
I am part of that power
which eternally wills evil
and eternally works good.»

Dr. Faustus  by Christopher Marlowe is another version.

The Master & Margarita by Mikhail Bulgakov was written between 1928 and 1940 but was not published until 1966.

Satan disguised as Professor Woland visits Stalin’s Russia in the 1930s. Margarita, one of the principal characters is devotedly in love with a writer and calls him the Master on account of his brilliant literary chef d’oeuvre.  However, the Master’s novel is ridiculed by the Soviet literati and after being denounced by a neighbour, he is taken into custody and ends up at a lunatic asylum. Margarita makes a bargain with Satan on the night of his Spring Ball, which she agrees to host, and succeeds in saving the Master. 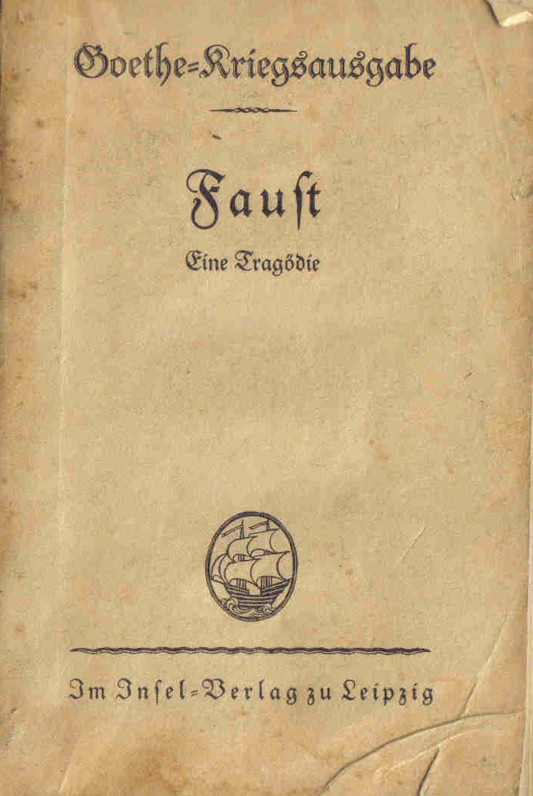 The Faust influence is most evident in the characterization of Woland, who is based on Mephistopheles.

The love story between the Master and Margarita parallels the struggle of art to save the artist’s soul. The Master’s manuscripts are burned at the time of his separation from Margarita. Once the book has been resurrected, through Margarita’s bold ingenuousness (and Woland’s considerable help), the lovers reunite. Their destiny is finally secured by Jesus, who asks Woland to grant them eternal peace – perhaps peace for the Master to continue work on his book. This continued alliance between good and evil, seems to point to another kind of villainy – the villainy of the bureaucratic social order that destroys the artist’s soul.

A French sculpture with a German Subject?!

About the choice of a German subject for the French statue, it may be pointed out here that after 1870 there was a surge of interest in things German in France and other countries. The sculptor of this superb neo–classical carving embodying warm and life-like figures is not known.

Share this
Facebook
Twitter
Copy URL
Previous Article
The Romance of Laur-Chanda
Next Article
In Pictures: Christian Art in the Mughal Period
Explore More In
CultureMuseumsObjects