Think Art Deco, and you’d instantly think of Miami, Paris or New York City. In Miami, the age of Instagram has ensured tourists set out on a hunt for art-deco photographs.  The scene in Mumbai though, is slightly different.  Even as the city hosts the world’s second largest collection of art-deco buildings,  most locals and tourists, tend to whizz past these fascinating buildings!

With the inclusion of the Oval-Maidan precinct as a UNESCO World Heritage Site (WHS), Mumbai’s Art-Deco buildings have found new life!

“In February, the central government finally nominated the Oval Maidan precinct for UNESCO accreditation. Walking along the Oval Maidan you could actually traverse different time periods. On one side of the Maidan are the Victorian, neo-classical buildings (the University, High Court, etc); on the other side are the art-deco buildings stretching all the way till Marine Drive. This dramatic confrontation of two histories on either side of the Oval make it worthy of the UNESCO WHS-tag.

Featuring on the UNESCO World Heritage list now means guaranteed international attention, as well as funding for conservation efforts, and a massive influx of tourists.

What is interesting is that for the first time, in the history of India’s world-heritage sites,  this nomination has been led by citizens of Mumbai!

While our favourite, and one of India’s best Museums, the CSMVS (part of the [precinct] is now a World Heritage Site, here’s a look into Mumbai’s Art Deco Buildings! Mumbai’s Art Deco buildings include residential properties, commercial offices, hospitals and single screen movie theaters, including the popular Regal and Eros cinemas. The road next to Oval Maidan, on the Eros side; Sir Pherozeshah Mehta Road (PM Road), MG Road and Marine Drive are areas where you can go Art-Deco’ing!  PM Road has the office buildings like United India Building and New India Assurance; a residential stretch and includes old apartments such as Green Fields, Sunshine and Empress Court. Then, there are the Art Deco cinema houses — Eros, Regal, Metro, New Empire and Liberty.

But hold on… What IS Art-Deco? The Art-Deco movement came to Mumbai in the 1930s and continued to be in vogue way into the 1940s. First generation Indian architects were drawn to its futuristic & modern look. The availability of new building technology and materials like RCC contributed to an environment for art-deco to bloom.  Today, a non-profit called Art-Deco Mumbai (@artdecomumbai) is spreading awareness about the buildings through a drool-worthy Instagram handle, frequent walks, research and other initiatives.

Let’s take a look at some awesome Mumbai Art Deco buildings & their features that are now a UNESCO World Heritage Site!! The motif used in the above image is called the “Frozen Fountain”.  A symbol of eternal life, the frozen fountain was revived by Rene Lalique, a French designer.  Rene’s designs at the 1925 Paris Exposition were partly responsible for the worldwide explosion of interest in the Art Deco style. Mumbai was a port city, and the excitement around ocean-liners translated into designs such as porthole windows,  ship deck style railings, and observatory towers! Check out the Zaver Mahal in the photo above… how many of these elements can you find? The protruding semi-circular edges over windows are called “eyebrows” – a prominent architectural feature of the Art Deco style. Just below the temple are the winged mythological figures that you cannot miss! Did you know, the discovery of King Tutankhaman’s tomb in Egypt around 1922 sparked interest in Egyptian symbols and designs such that they appeared on buildings in Mumbai too! 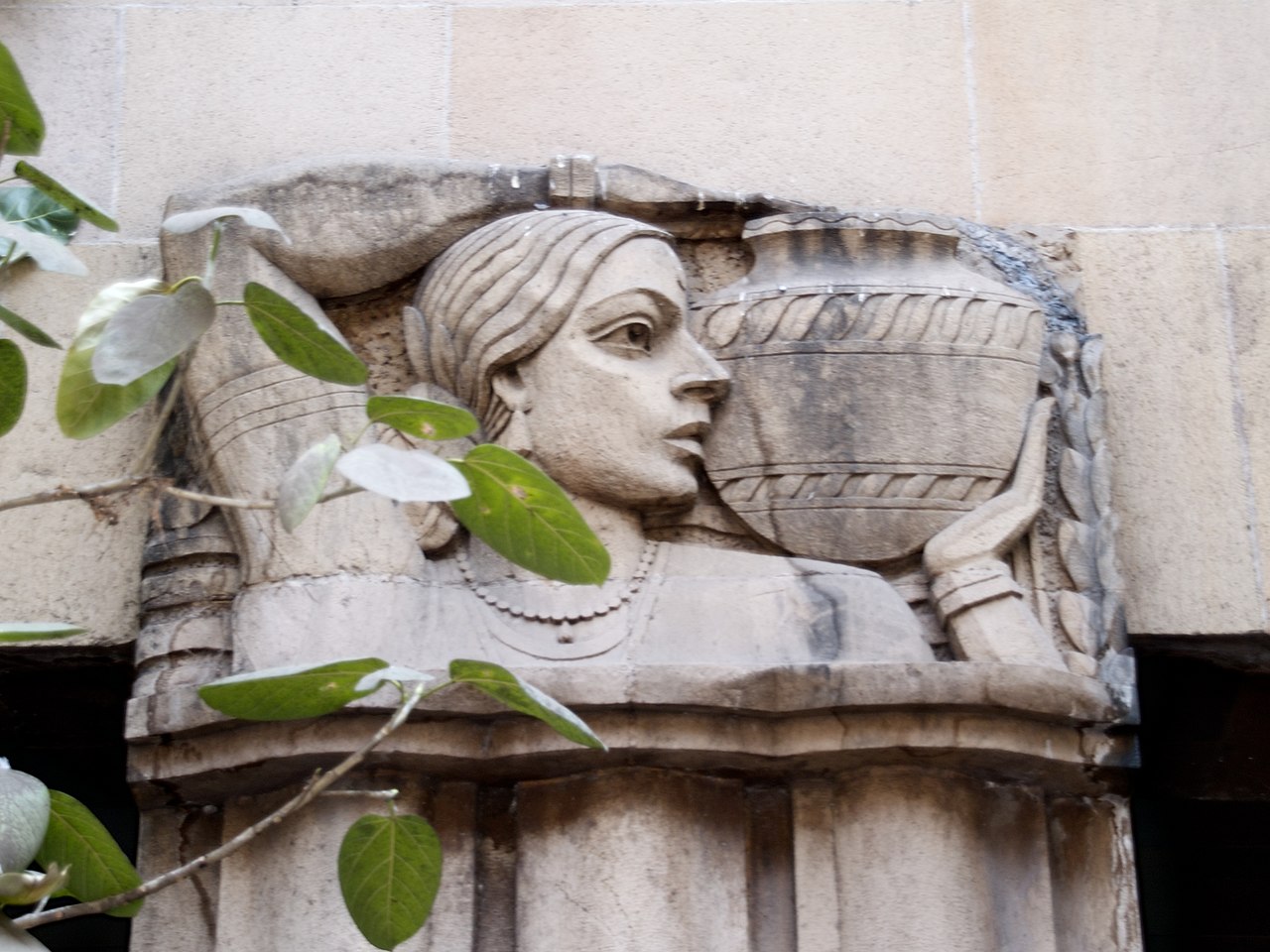 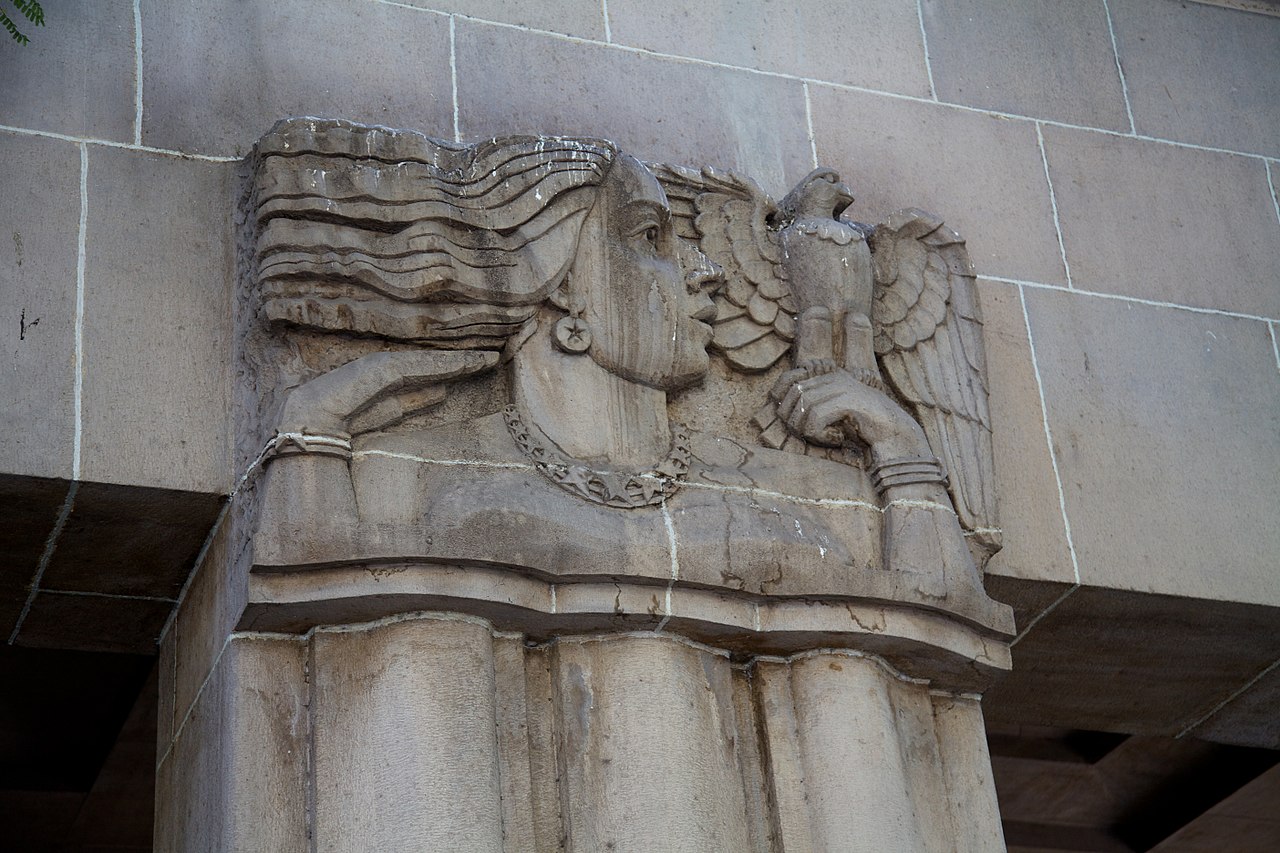 The structure of Eros Cinema is cylindrical and a reminder of stepped pyramid structures. 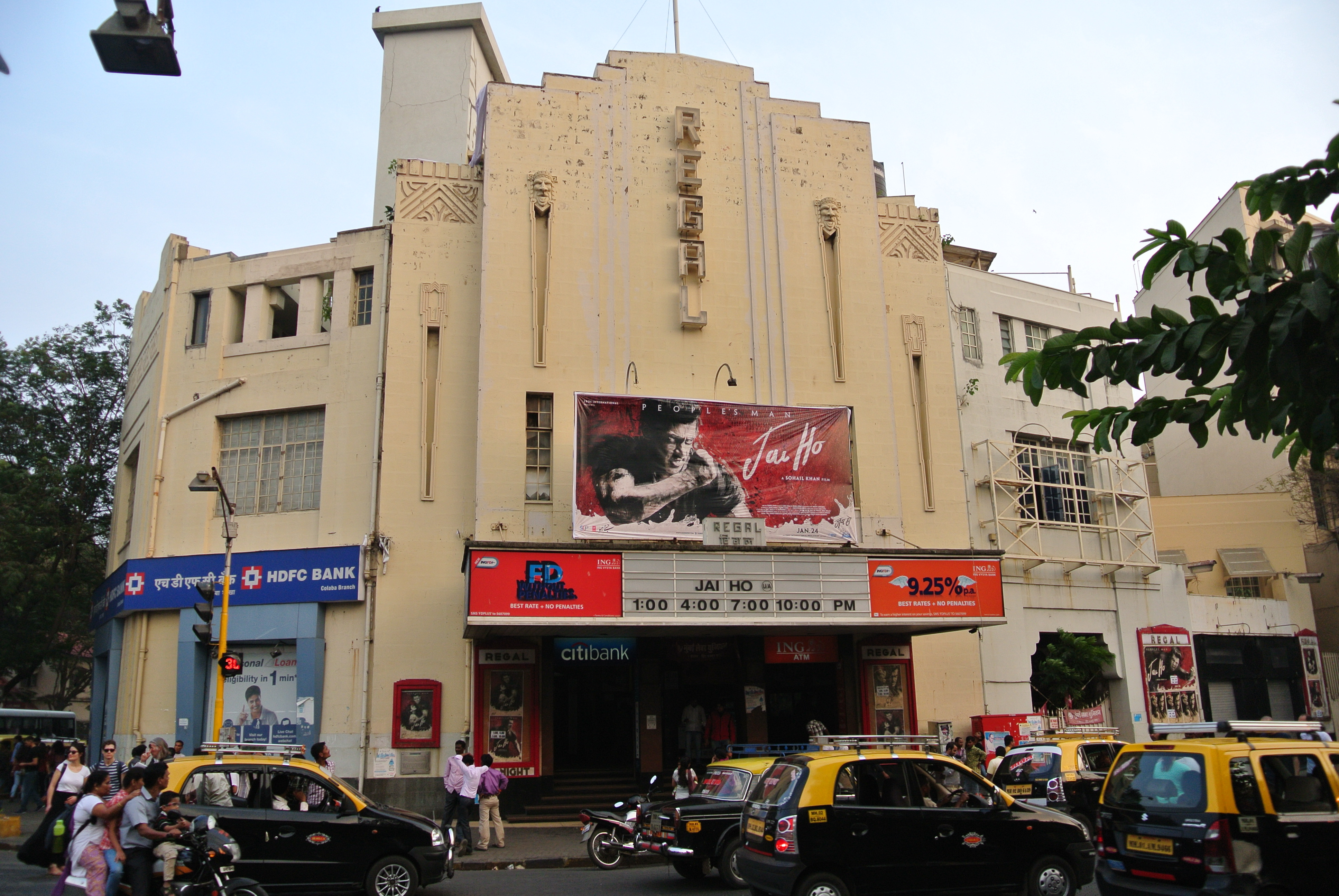 Regal was one of the city’s earliest art-deco cinemas that opened in 1933. The Liberty on the other hand, was built almost at the end of the Art-Deco period (1947).  The reliefs inside the movie hall are even more interesting. 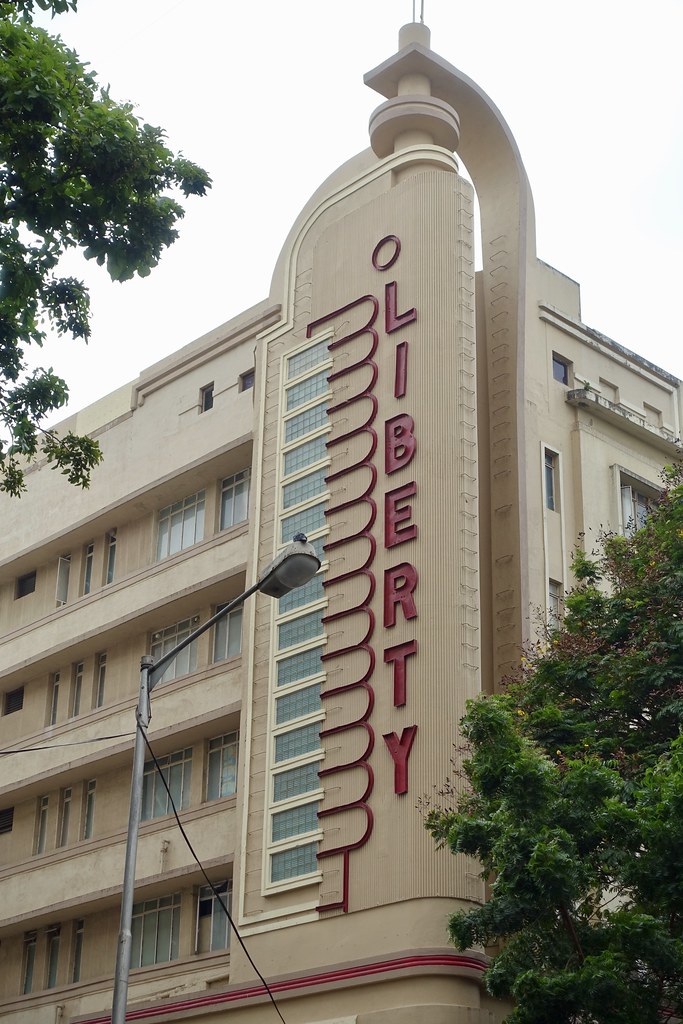 Mumbai has more than 200 art-deco buildings spread out across the city. While the buildings around the Oval Maidan are now a World Heritage Site,  we hope you’d discover some of the other neighbourhoods of city too, for the love of Art-Deco!

Men (and Women) at Work : Art for Labour Day