The Government Museum & Art Gallery Chandigarh is  one of the most significant museums in the country. One of the three museums designed by LeCorbusier, it is home to the largest collection of Gandhara sculptures, and Pahari & Miniature paintings – but that’s what any Google search will tell you.
If you’re from the City Beautiful, you know this part as the “Geri Route” but Corbusier’s vision tagged the museum-area as the “cultural belt” of the city.  Situated right in the heart of the city with a sprawling campus; flanked by the  Government College of Art on one side and the Museums of Architecture & Natural History on the other, it is haven for tourists, researchers, students on a school visit and families because you can spend an entire day here.

However, there is more to the Government Museum & Art Gallery than Corbusier’s architecture or its famed collections. It is the stories & secrets of the Museum that make it even more alluring to visitors.

And so, for the 50th anniversary of the Museum, we decided to spill all its secrets during a special museum-walk. This one-hour walk through the museum allowed visitors to get the inside scoop on the collections!  For those who missed the walk, here are some of our favourite secrets!

What has India’s war with China in 1962 got to do with the Chandigarh Museum? The war with China meant that India had to curb extra expenditure – and the museum was labelled as one! Mr. MS Randhawa – the Chief Commissioner at the time, & who’s vision this museum had become, couldn’t sleep for days. The construction workers threatened to sue the Punjab Government.  In 1965 though, the outcome of the India-Pakistan War boosted the morale of the nation, providing the much needed impetus (and funds) to revive the construction of this museum.  And that’s exactly how, the city got it’s first museum. A reminder of this stands right outside the Museum – and provides for a sought after selfie spot even today.

Secret #2 : The Museum Interiors were designed by one of India’s earliest women-designers, Ratna Fabri

Ratna Fabri was a leading interior & furniture designer of her time. Her decor for the India Pavilion had won fame at the New York World Fair 1964, the  Montreal and Osaka Fairs and she was in much demand for Government decor projects.  She was a consultant on Interior Design to the Cottage Industries Emporium & the Handicrafts and Handlooms Export Corporation of India too. The display units and furniture created by her were timeless pieces of art that continue to be part of the Museum’s heritage. Her work at the Museum remains to be her best creation. 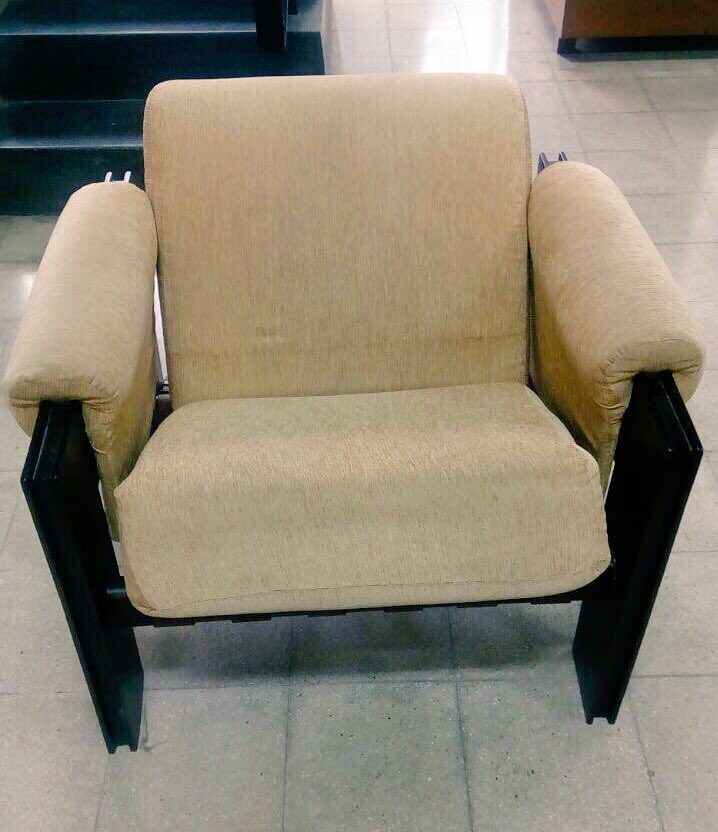 Secret #3 : The Curious Case of the Stolen Paintings

A theft at the Museum in 1970, set off a curious trend that continues even today. On the night of July 22, 1970, about 102 miniature paintings were stolen.  Interestingly, 43 of them came back in an anonymous parcel (traced to Lucknow) on the 10th of May 1972.  The stolen paintings included Basholi, Kangra, Rajput and Mughal miniatures! But ever since the theft, the museum staff regularly make “prasad” every month (on Sankrant) to avoid any such mishaps!

The paintings probably got stolen for a reason : if you notice carefully, a green emerald like shine emerges from the jewellery in the paintings. Except that these aren’t emeralds. These are beetle-wings!!!

Padmavati, the Jain Goddess sculpture that sits comfortably outside the Museum did not always belong to Chandigarh! She came all the way from the National Museum in Delhi – in exchange of a Gandhara sculpture!! It is rumoured, that while installing her, one employee actually lost his life! 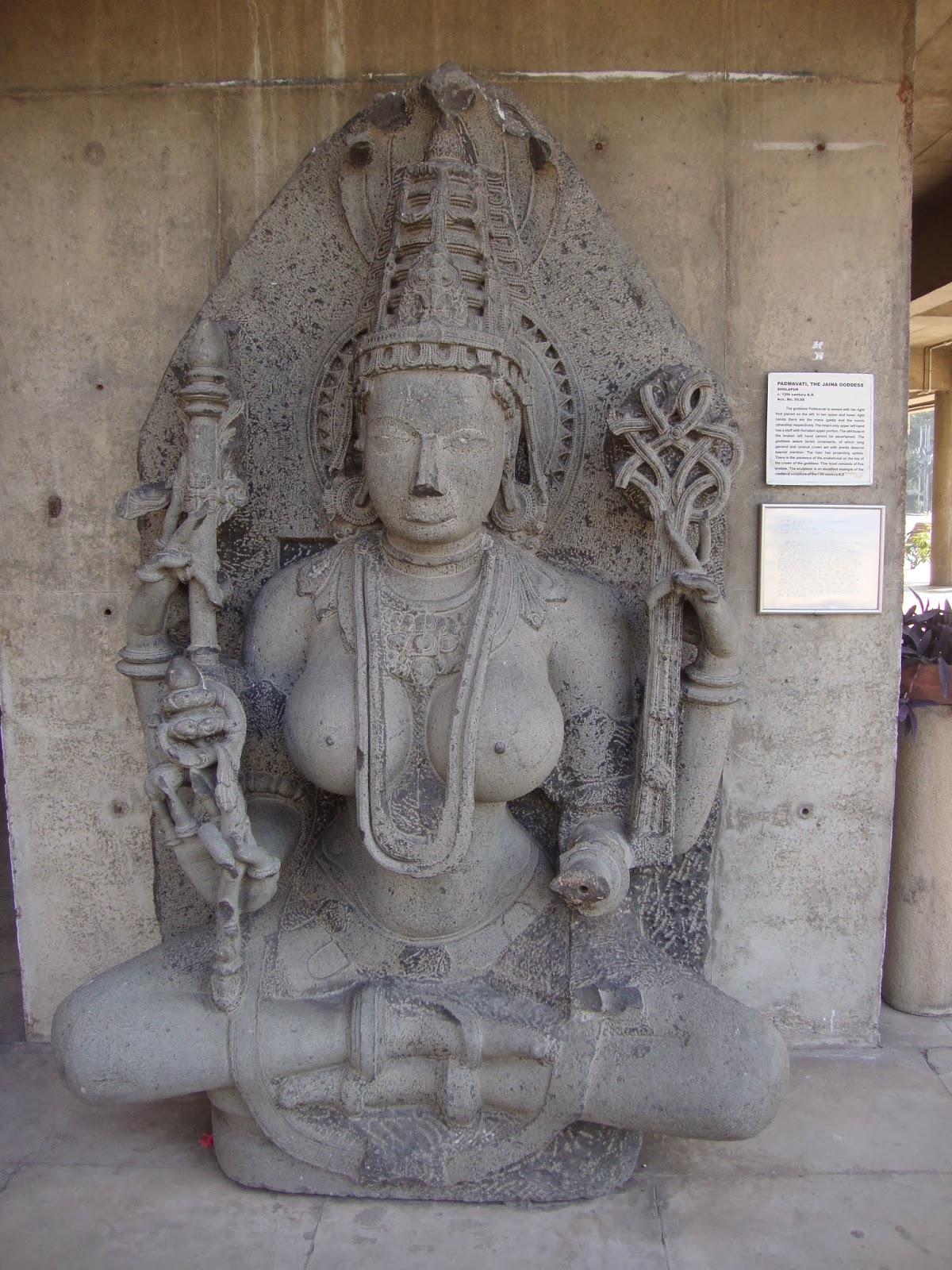 Secret #5: The Adi Granths at the Museum, once faced the threat of destruction!

Adi Granth, also called Granth or Granth Sahib, is the sacred scripture of Sikhism. It is a collection of nearly 6,000 hymns of the Sikh Gurus (religious leaders) and various early and medieval saints of different religions and castes. Post Partition, the Indian Army retrieved many Adi-Granths from Gurudwaras in Pakistan. These were brought to Amritsar and given to the SGPC (Shiromani Gurdwara Parbandhak Committee is a body responsible for all Sikh places of worship in Punjab, Haryana, Himachal & Chandigarh).

According to the SGPC’s decision, only those manuscripts which were in a reasonable condition would be preserved and the ones that were too fragile to be repaired would be cremated with all attendant rituals.  The manuscripts at the Chandigarh Museum would have been cremated  if it wasn’t for Mr. Shamsher Singh, a librarian at SGPC who noticed the name “Nirankari Durbar” written on these. He immediately called upon Mr. Man Singh Nirankari who then retrieved and preserved them, donating these to the Museum towards his later years.

Secret #6 : The Riots of 1984, and Gurcharan Singh’s Ceramic Gallery

Gurcharan Singh is a legendary figure in the world of contemporary Indian pottery. He was single-handedly responsible for bringing an awareness of studio pottery into India. Founder of the Delhi Blue Pottery Trust, his abode in Andretta is still home to many practicing ceramic artists. During the riots of 1984, when the mobs attacked his Delhi studio, Gurcharan Singh resolved to gift his precious pots to the Museum to keep them safe. At the assurance of Dr. MS Randhawa, almost 250 pots (including those from different countries) found home in the Museum.

The Govt. Museum & Art Gallery in Chandigarh was built on Corbusier’s concept of “a Museum of Unlimited Growth” – and these stories show how the museum has been able to assimilate an ever growing collection into its fold.

The #Partition of India saw a division of our museum collections too. Moving from Lahore to Amritsar to Shimla to Patiala, finally they found a perm. place in the newly built @museumchd ? That is why, we can’t help feel nostalgic about #50yearsOfMuseumChd coming #weekend !! pic.twitter.com/6Pcrjx74By

As is evident from the stories, this museum has been a sanctuary  for art and art-lovers right from the very beginning. It gave the newly-built city of Chandigarh, a culture to be proud of & is a legacy that the museum strives to keep alive. In the 50th year of this (small, but powerful) museum – we can’t wait to witness a new phase of its growth!

We are grateful to the team of Government Museum & Art Gallery for sharing their secrets with us – and for allowing us to spill them too! Ms. Seema Gera (Curator),  Megha Kulkarni (Curatorial Assistant) & Sangeeta Sharma ( Museum Librarian ) shared many stories from their archive so we could design an engaging walk for visitors on the Museum’s  50th anniversary.